From a marathon-mad hamster, wall-climbing cat and swimming dogs to an island ruled by rabbits, Pets – Wild at Heart, narrated by David Tennant, reveals how the pets we share our lives with are just a whisker away from their wild side.

Our pets have been tamed for thousands of years, but they were wild for millions more. They’ve taken well to domestic life and make perfect companions, but their natural instincts remain and they’re ‘wired’ to survive.

When puppies tumble and play they’re actually in training for life as a predator and are busy creating their own ‘wolf pack’. And when faced with other city-dwellers, dogs must learn to rub along. Wolves can doggy paddle to cross rivers and chase prey, and many pet dogs seem to take to the water with gusto.

Farmers first domesticated cats as perfect pest controllers. Now kittens use their lightening skills to catch imaginary prey – but it’s purely for fun. But if you’re preyed upon, the rules of the wild are very different. Russian hamsters need to run, and in captivity they take to their wheel and run on the spot, covering up to six miles a night. At speeds of 600 strides a minute, the hamster gets a runner’s high.

Cats may be our favourite pets, and dogs a close second, but budgerigars come in at number three. Hugely social birds in their native Australia, pet budgies love to ‘chat’ as they do in the wild. Disco the budgie has memorised over 130 phrases – even reciting them in his sleep.

On an island in Japan, rabbits rule. Released here 30 years ago and, not surprisingly, there are now hundreds of them. They have learnt to sit up and beg for food, and any white rabbits are revered and afforded special treatment. Also in Japan is ‘cat island’, overrun with feral cats and their kittens, and fed scraps by visiting fishermen.

Cats come and go as they please, and one ginger tom free-climbs. First he scratches to shed old claw sheaths and reveal new sharp claws, then he flicks out his dewclaws to negotiate the toughest bit of the climb up the outside of a house. So much more fun than using the cat flap!

The wanderlust has also got to pet dogs in Cusco, Peru. Every morning they leave home alone and weave through the busy streets on a mission. Twenty or so meet up, drawn by a female on heat. Inevitably fights breaks out, but eventually they peel off and head back for the night – home comforts win out.

We’ve got right under the skin of our favourite pets, seen life from their point of view and uncovered some extraordinary new and wild behaviour. You’ll never look at your pet in quite the same way again.

The team behind Penguins – Spy in the Huddle reveal the incredible secrets of your pets’ behaviour, in ways never seen before. As astonishing photography explores the wild side of our playful pets, find out why hamsters love to run in a wheel, how dogs pick up the rules of the pack and how kittens learn to be solitary hunters. Featuring incredible views of plunge-diving dogs, baby-sitting cats, acrobatic hamsters and a playful cat outwitted by his prey, you’ll never look at your favourite companions in quite the same way again. The latest science also reveals why budgies talk, how a cat scales a vertical wall with the help of a special claw, hamsters stuff their faces with more food than they can eat and the real meaning behind a rabbit’s hop. Our pets are also given a chance to explore their wild side as we join the free-roaming pet dogs of Cusco in Peru, pet rabbits living in a natural warren and the wild-living inhabitants of Cat Island, Japan. A range of innovative techniques such as moving X-rays, thermal imagery, minicam-carrying dogs and revelatory slow motion photography shows why our pets play and how their true wild nature is just a whisker away. 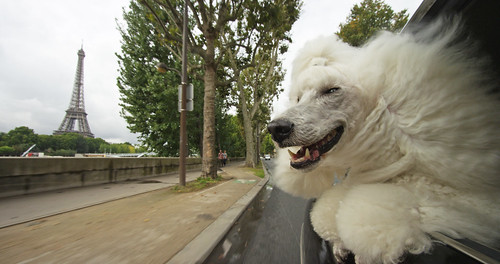 Take another walk on the wild side with our favourite pets. Extraordinary photography reveals their hidden senses and secret communication skills. Dogs take a car trip through Paris using their legendary sense of smell to show us a very different city. A hamster uses his remarkable senses to stage a great escape and then deploys more navigational talents to find his way home. Cats become intoxicated on the scent of a plant and suffer the consequences. A budgie shows his hidden charms to his mate as, under UV light, his crown and cheeks positively glow. Goldfish reveal secret senses that can detect the slightest water movement. A guinea pig gives birth and the newborns receive surprising care from their father. In South America, where guinea pigs have lived with people for 7000 years, they express the true meaning of their entertaining calls. When we groom a horse we speak their language, but horses use ears to communicate in ways that we are rarely aware. In Japan, cats show their secret messages and in Peru, dogs reveal the hidden signs that allow them to communicate across a city. Packed with extraordinary facts and wild behaviour – you’ll never look at your pet in the same way again.

Behind the Scenes - Filming Techniques 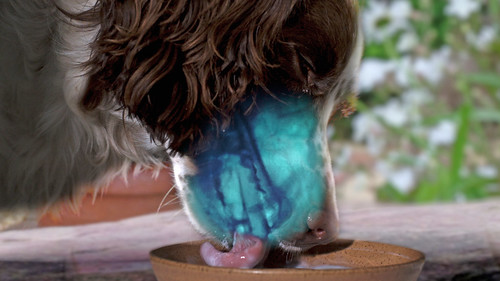 A technique used in collaboration with veterinary scientists that uses low dose x-rays and a fluorescent screen to film real-time moving images of the inner workings of pets. It is a highly sensitive device that uses image intensifying technology as well as the latest digital recorders. Because of this the subject being filmed receives no more X-rays than a person taking a transatlantic flight. 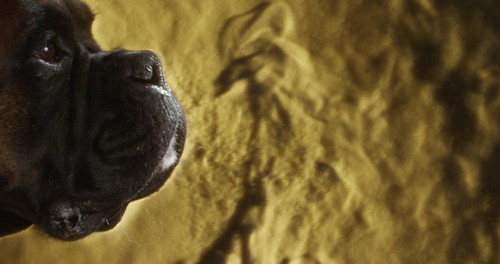 A photographic technique that visualises air currents that you can’t see with the naked eye. It works by picking up differences of density. By transforming the invisible to visible we were able to see how dogs and cats sniff odours and reveal the underwater sensory world of fish. 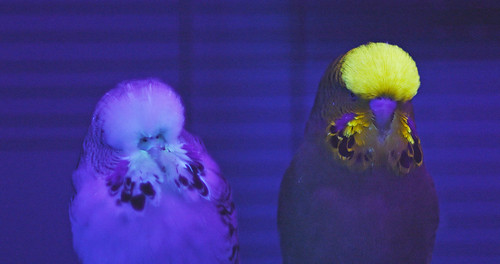 Ultraviolet light is mostly invisible to us but not for some animals. Male budgies have special UV absorbing pigments in their feathers which makes their plumage standout and has an alluring effect on females.  To reveal this hidden plumage we illuminated the budgies using ultraviolet light. This made the UV absorbing plumage fluoresce revealing their true colours. 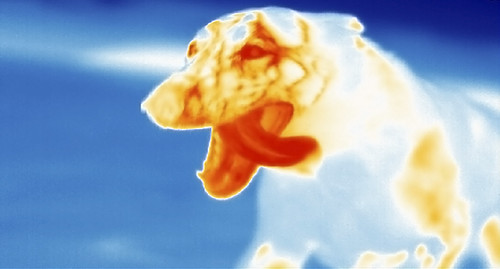 The latest thermal imaging cameras revealed the infrared heat emitted from a dog’s tongue that allows it to cool down and from a mother as her kittens snuggle up to her for warmth.